Why it matters: There are 4.45 million more job openings than unemployed workers.

By the numbers: Job openings were 10.5 million at the end of November.

Bottom line: The cooling economy is causing openings to drop, but not by much. The labor market remains tight. Hiring and quits remained at roughly the same level as October. So businesses are still adding workers and workers are still confident they can quit their current jobs and find better ones easily. 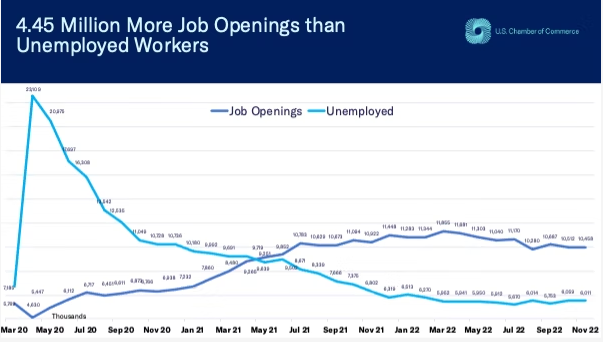