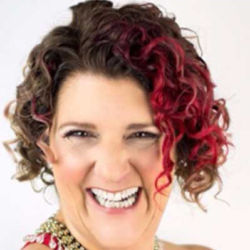 We lock our doors and usually with more than two locks! We lock our windows, we lock our cars. We lock our bikes and anything else that’s not tied down.

When I was growing up we played in the street. Now we can’t even let our kids play outside without knowing where they are, where they’re going or who they’re with.

Sure, times have changed and that’s my point.

We have a zillion passwords to protect against the creepers, but why do we think they will never be able to gain our valuable information? After all, the point of break-in is the weakest link.

Rather than getting an alarm system, I elected to get security screens on windows and doors. I love them. I can keep my windows open during the winter months just like the old days. Plus I feel protected when I’m home as opposed to protecting my stuff when I’m not. I asked the installer what to do about the garage door? I felt the garage door was the weakest link. He agreed. Unlatching that is quick AND easy offering thieves the ability to slip in without drawing attention. Additionally, most people never lock the door that leads right into the house. #BAM

Now, I know I’m not telling you anything new, so with all this awareness, and identity theft announcements on the news nightly, why do people take so much time to add this extra line of protection?

I’ll tell you why. There are a few reasons.

An understanding of thieves not wanting your money, but rather your valuable personal information, should alert you. Make no mistake. They are professionals and can pop up on your computer, in your email, and even call you MAKING you BELIEVE they are legit. I have seen the smartest people get taken. Don’t be so hard on yourselves. They have perfected the art of scamming and for most of us, it is incomprehensible. But so was 9/11.

We are overwhelmed. Period. We have way too many things to do, to keep an eye on, to drive somebody somewhere. It’s the classic straw that breaks the camel’s back.

I know about that place all too well.

But here’s what happens when you wait until it occurs.

It cost you more to fix. Not necessarily if your bank account or credit card gets hit. FDIC will protect you there, but credit fraud is not identity theft.

I met a man who called me for identity theft protection because he’d been a victim for 45 years and was wanting it to go away once and for all. Wow. Forty-five years. I asked the question you’re asking yourself this moment. Why now? Well, back then, credit fraud was considered identity theft but not anymore. It was unheard of and there just wasn’t the resources we have today. Not only that, he KNEW who the culprit was! This scammer had ruined his credit, bought houses in his name, opened bank accounts! He tracked the guy down AND got the state involved! He thought it was FINALLY done with until a few years later when he went to purchase a gun and it reared it’s ugly head again. That was, “why now” … When I explained that KROLL uses licensed Private Investigators, has a 5 million dollar service guarantee and is the number one leading restoration company in the world, he signed up. Sure, if he already had the membership, it would not have cost him one penny more to fix the issue, but since this was pre-existing, he had the option of hiring KROLL, who works with us exclusively, for an extremely reduced rate to make it finally go away. He was happy to do it!

Here are some mundane, but important facts that might make you understand why getting protection will actually take that ‘one more thing’ off your plate, buying you back time and worry.

Identity theft ruins lives. It breaks up marriages. People have lost jobs and friends. We are guilty until proven innocent and even then, often times the damage has been done. Plus, it cost a LOT of money and time to fix. No one can’t actually stop it from happening, but you can be proactive in keeping you and your family safer. Our IDShield restores your identity back to the way it was before the breach occurred no matter how long it takes.

Thieves have found a safer, more lucrative way to steal without leaving their homes and if you think you don’t put your information online, think again.

The clerk at the doctor’s office you hand your information to, does. When you place and an order over the phone, they do. Your pharmacy does. In fact, we have been putting our social security number on every bit of paperwork and on every piece of document for years — when my husband was on Medicare, his social was on every piece of mail.

If you feel that you don’t have anything to lose, understand that bank and credit card fraud is a miner issue compared to the other types of frauds with Medical Fraud being the most lucrative:

• Steady increase of 22% each year

I hope I have brought some valuable education on a subject no one wants to talk about. It’s not fun or glamours but It’s up to you to keep an eye on your minor children and your aging parents. I’ve been helping to protect people either as individuals or as a voluntary employee benefits for nearing eight years now and I’ll always be here for you as questions arise.

Donna, a self-proclaimed incurable optimist, was a Girl Scout until she was a senior in High School. When she discovered this company called LegalShield, it just spoke to her Girl Scout heart. “People are being taken advantage of all the time, for no other reason then they don’t know their options or their rights. When you think about it, people just pay to make issues go away. If they knew how easy and inexpensive it would be to get legal advice, or a letter written from a lawyer, they wouldn’t think twice!” The wealthy never do anything without getting legal council first, so why do we?

I’ve been spreading the word for the last 8 years, so I just educate and answer questions about how our subscription based legal and identity theft protection plans work, and watch the light bulb go on.

Donna simply believes that self empowerment begins with self. This means taking ownership both legally and personally. Inspired by meeting her husband and then losing him, she authored of a few relationship/dating books and is the Star of “Daily Dose A Donna” which can be found on Facebook and YouTube.