EVCCA Acknowledges 2020 Legislators as Business Champions and Friends of Business 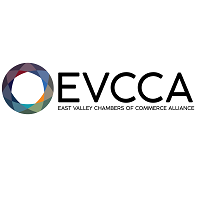 “We are pleased with the number of legislators who received a 100% ranking this year”, announced John Hetrick, chair of the EVCCA. “With the majority of our East Valley legislators received 80% or better this year, these results show their commitment to improving the business environment in Arizona.”

Last December, East Valley legislators were presented with the EVCCA’s annual Legislative Priorities document to provide a foundation for session priorities. Members from each of the chambers met on a weekly and monthly basis during the session to review bills introduced and evaluate their impact on the business community.

Dorn Policy Group, the EVCCA lobbyist firm, tracked bills the EVCCA took specific action on by signing in at the hearings, one-on-one conversations, and at times formal letters. At the end of the session, each East Valley legislator is graded on whether they agreed with the EVCCA position or opposed. Not appearing to vote on an issue is counted as an opposition to the EVCCA’s position. A report card is published with the results of our legislators’ votes.