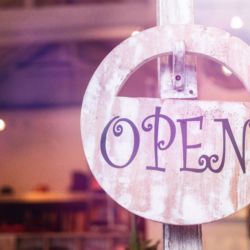 The East Valley Chambers of Commerce Alliance (EVCCA) forwarded a memo to Governor Ducey today in response to his request for the business community to provide suggestions on guidelines of what the landscape will look like as the economy re-opens. The suggestions were vetted through eight East Valley chambers of commerce representing more than 5,000 members.

The memo outlines suggestions for a phased-in approach based on health metrics and safety concerns. “Businesses are looking for clarity and definitions to help them as they begin planning to reopen,” according to Kathy Tilque, Gilbert Chamber of Commerce President/CEO and EVCCA Legislative Committee chair. “While the dates proposed in the memo may not be implemented due to the metrics needed to ensure employees and customers are safe, they represent a movement to identify the rules and guidelines for a phased-in approach of re-opening our economy.”

Tilque noted that according to a recent EVCCA survey businesses are applying for EIDL, PPP, and lines of credit in hopes of not having to close their businesses permanently. Fifteen to thirty-two percent haven’t received any acknowledgement and fifty-six to sixty-one percent were turned down, as related to the PPP and EIDL loans respectively. The EVCCA is evaluating the reasons for this and will share in a separate report. “The majority of businesses cannot weather this crisis through the end of June which is why developing a clear, concise, and safe plan now is critical,” Tilque noted. “The federal government’s programs are much appreciated, but the reality is that if the money received has to be used now while the business is closed, there will be no money to pay employees when their doors open if we wait until after June.”