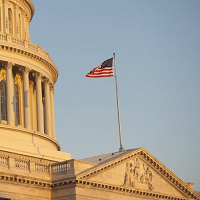 Labor union advocates in Congress introduced an intrusive piece of legislation in February known as the so-called (Protect the Right to Organize Act) PRO Act. The House and Senate versions of the bill would destabilize Arizona’s workplaces and impose a long list of dangerous changes to U.S. labor law. If signed into law, the PRO Act will undermine worker rights, ensnare employers in labor disputes, and force individual workers to pay union dues whether they want to or not.

As your business advocate, we are asking you to contact your members of Congress, Senate and House, with a message expressing your concerns about how harmful the provisions of this bill would be to your business. Notable concerns with the legislation include:

Arizona is a “right-to-work” state. Arizona law guarantees that no person can be compelled, as a condition of employment, to join or not to join, nor to pay dues to a labor union. Passage of the PRO Act would remove this freedom for Arizona workers and require all workers to pay union dues.

Businesses keep personnel files on each employee. These files include confidential information including their name, home addresses, work locations, shifts, job classifications, personal and mobile telephone numbers, and work and personal email addresses. If passed, the PRO Act requires businesses to give unions confidential employee information. The liability exposure for employers under this requirement is significant.

Under the PRO Act, the way a worker votes in a union election is made known to the union. This undermines a fundamental worker right since 1935. The union can also opt to vote by cell phones or email, making it far easier for union organizers to demand workers vote in front of them and know which and how workers voted.

The PRO Act enshrines a California-like test for independent contractors

Below is a list of members of the Arizona Congressional Delegation and links to their web-based constituent email forms. We ask that you take a few minutes and write your Senators and Representative(s) to share your concerns about this laundry list of extreme labor organizing legislation that could strip workers of their rights and wreak havoc on Arizona businesses.